A partitioning GUI would make installation much more helpful for newbies. Thanks for reading my rant. FWIW ganoderma billgarlick October 30th, It seemed to me to be a viable alternative to Windows for small businesses. And I did have some experience with Linux servers I repartitioned my win98se machine and loaded Ubuntu 6.

After reloading and upgrading to Feisty, and installing just the basic business stuff, I decided "what the hell it's a test", and upgraded to Gutsy note an upgrade instead of a fresh install this time. Well, it finished at 3: A lot of warning messages shot by to fast to read, but, the system Sager NP5760 TI Card Reader to the login screen.

After doing a hard reboot I chose kernel 2.

I just got wine loaded and working yesterday, but it's not really needed right now maybe a customer might need it though. It seems to me that the development teams are rushing too fast to get the new releases out and not taking the time to make sure it's "bullet-proof".

The reason most people want to get away from Sager NP5760 TI Card Reader are all the bugs in their new products not to mention that for every new release you have to upgrade all your equipment. A lot of small businesses are struggling to be competitive in the marketplace, expecting them to upgrade all their equipment isn't a reasonable expectation when with a little more optimization in the programming it can be done without so much memory or cpu-speed. 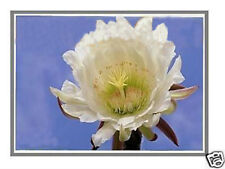 October 30th, Dual screen support is broken for ati with open source driver. Fixed by downgrading to the Feisty driver as suggested in http: When configuring vmware, the Sager NP5760 TI Card Reader headers were reporting the wrong version which I fixed by removing and re-installing the kernel headers.

Thunderbird launcher shortcut was broken due to it being renamed from "mozilla-thunderbird" to "thunderbird": So, after a few hours I'm back to a working system - all because I wanted the latest version of gedit with working Sager NP5760 TI Card Reader Ubuntu still rocks, though I built a new computer specifically for Gutsy. I am using Ubuntu Studio. The biggest problems was to get the Midi working.

Playing video was also a problem but I sorted that out and I am also able to edit and play video.

The system is very stable and I am very pleased. I attached a diagram of my podcast system. Windoze has been booted out!

I really like the built in Compiz marchar October 30th, I did get the second monitor, a Samsung 22" Syncmaster BW to work "once" but upon rebooting to save the changes the following catastrophic things happened: The grub boot screen am using dual-boot system with XP on first drive froze The top kernel went through the early Ubuntu boot-up phase OK then froze with a scrambled screen.

Impossible to boot XP or other Ubuntu kernels.

Obviously the MBR was messed up I am afraid to try the second monitor option again Now I am working through the codec stuff to get back to "normal".